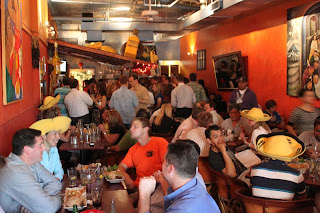 Guajilo Mexican Restaurant just up from the Fire Station in Rosslyn was overflowing with patrons tonight for the celebration of Cinco de Mayo.  Cinco de Mayo celebrates a Mexican victory at the Battle of Puebla in 1862.  A French army invaded Mexico in retaliation for Mexico defaulting on its debt.  But at Puebla, a Mexican army defeated the French army, despite the French army being twice its size and better equipped.  Given our rapidly growing national debt, Cinco de Mayo is a particularly appropriate holiday to celebrate here in the U.S.

The crowd at Guajilo was friendly.  A Cuervo girl smiled at me.  Highly recommended. 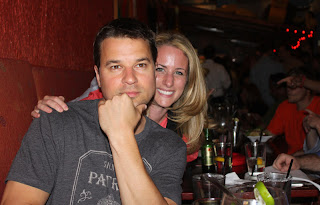 Posted by Douglas Galbi at 9:14 PM

Email ThisBlogThis!Share to TwitterShare to FacebookShare to Pinterest
Labels: restaurants

I read this article, it is really informative one. Your way of writing and making things clear is very impressible. Thanking you for such an informative article. Mexican Restaurant Greenville

very interesting , good job and thanks for sharing such a good blog. Flora Fresh Products For Sale

Nice blog !!! Thanks For sharing this Informative blog.