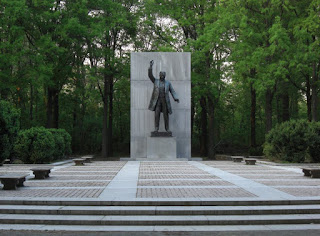 Hidden on Theodore Roosevelt Island is a Stalinist-style monument to Theodore Roosevelt.  Roosevelt himself looks like Lenin.  The engraved granite tablets that surround the statue solemnly proclaim the banal and the ridiculous.  Consider, for example, one gem that features a conceptual trajectory from "manhood" to "usefulness" to "ideals."  Under "HIS IDEALS" is engraved, in much smaller type, "in so far as he can."  This monument, constructed during the peak of the Cold War (1961-1967), offers deep lessons about human history. 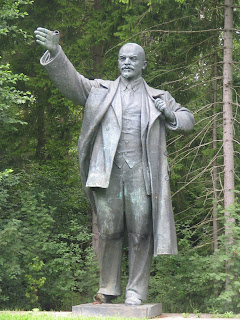 Posted by Douglas Galbi at 5:28 PM