This past July in Artisphere's Black Box Theatre, Washington DC-based band Beauty Pill worked to create an album in front of the eyes and ears of anyone who entered Artisphere.  That's what the band called "an exercise in radical transparency."  They showed form being formed.  They made art without artifice. 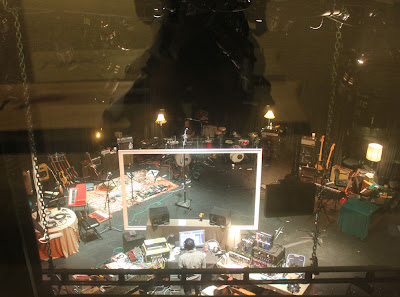 A free, public opening reception is this Saturday from 7-10pm.
Posted by Douglas Galbi at 11:39 PM