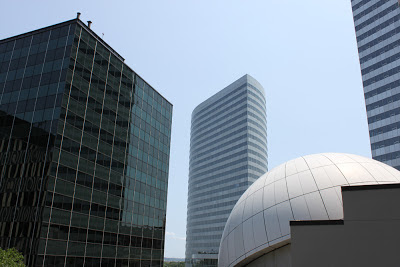 Public leaders must take care to ensure that arts rivalries don't become overly antagonistic.  Perhaps Artisphere and the Kennedy Center, cross-Potomac rivals, will be able to come together in the future in artistic collaboration.
Posted by Douglas Galbi at 7:32 PM