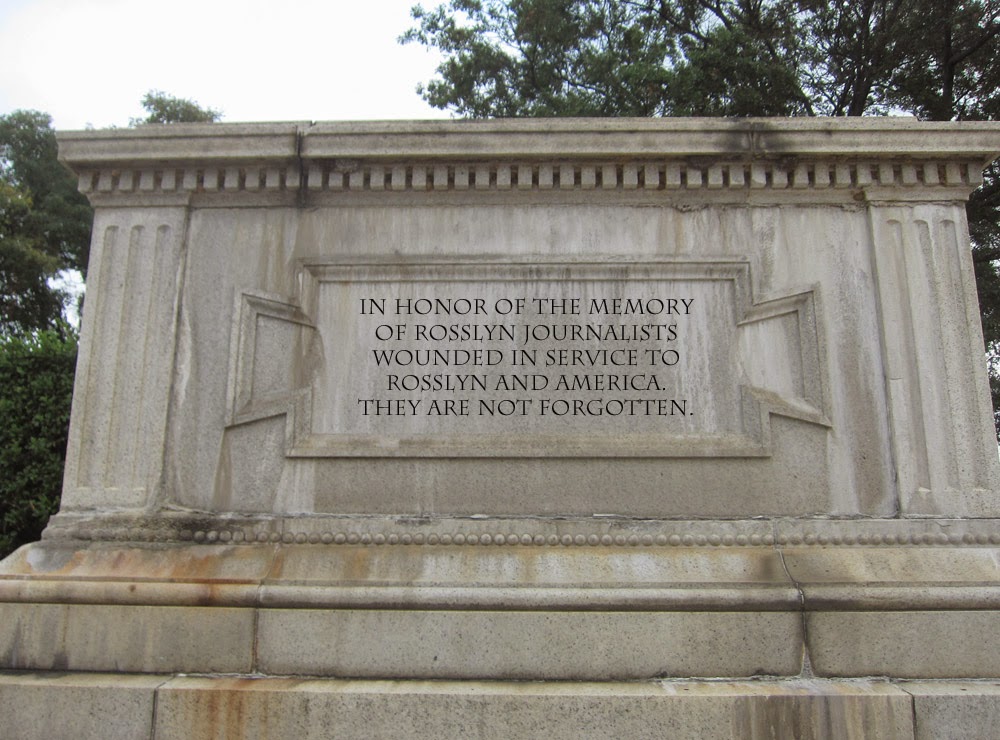 The bridge over the Rosslyn canal on the parade route to Rosslyn's Arlington National Cemetery features ornamental structures with empty cartouches. The Ode Street Tribune proposes that one of the cartouches be engraved in honor of Rosslyn journalists wounded in service to Rosslyn and America.