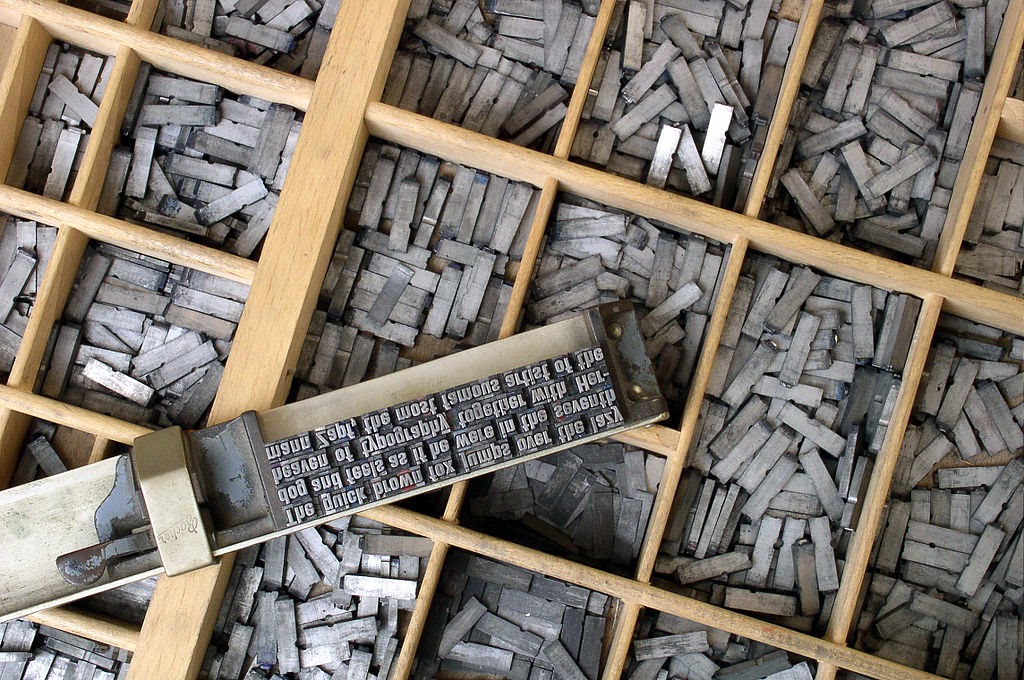 We regret that the newspaper wasn't printed yesterday. According to a memo from the Ode Street Tribune's Printing Bureau to the Publisher, the s typefaces cracked from excessive wear and weren't useable. That's not surprising. Rosslyn news reporting puts heavy demands on the letter s.

While disappointed with this temporary setback, the Publisher emphasized that he remains committed to traditional typesetting and printing. In press release issued this afternoon, the Ode Street Tribune's Publisher declared:


The hard-working employees in the Print Bureau have my complete support. Nothing can match the sensuousness and liveliness of hand-set type.

Many news sources today have a rigid, inhumane, robotic look to to them. Their ligatures lack subtle shading, their serifs are harshly formed, and as for dingbats, these modern dingbats just don't cut it. We will not move to inferior technology.

The Print Bureau has stated that they have secured an additional supply of s's. Hence publication of the Tribune has now resumed.
Posted by Douglas Galbi at 11:03 PM

OST should be a vanguard in the common-sense spelling movement and substitute a "z" for the confusing and wasteful double s's. zz

That's a good idea. But the Realize Rosslyn task force is already well underway. Switching to Realize Rozlyn would be too big of a change at this point.