Rosslyn's Central Place is currently filled with awesome power tools. Just take a look at the size of the hole driller. 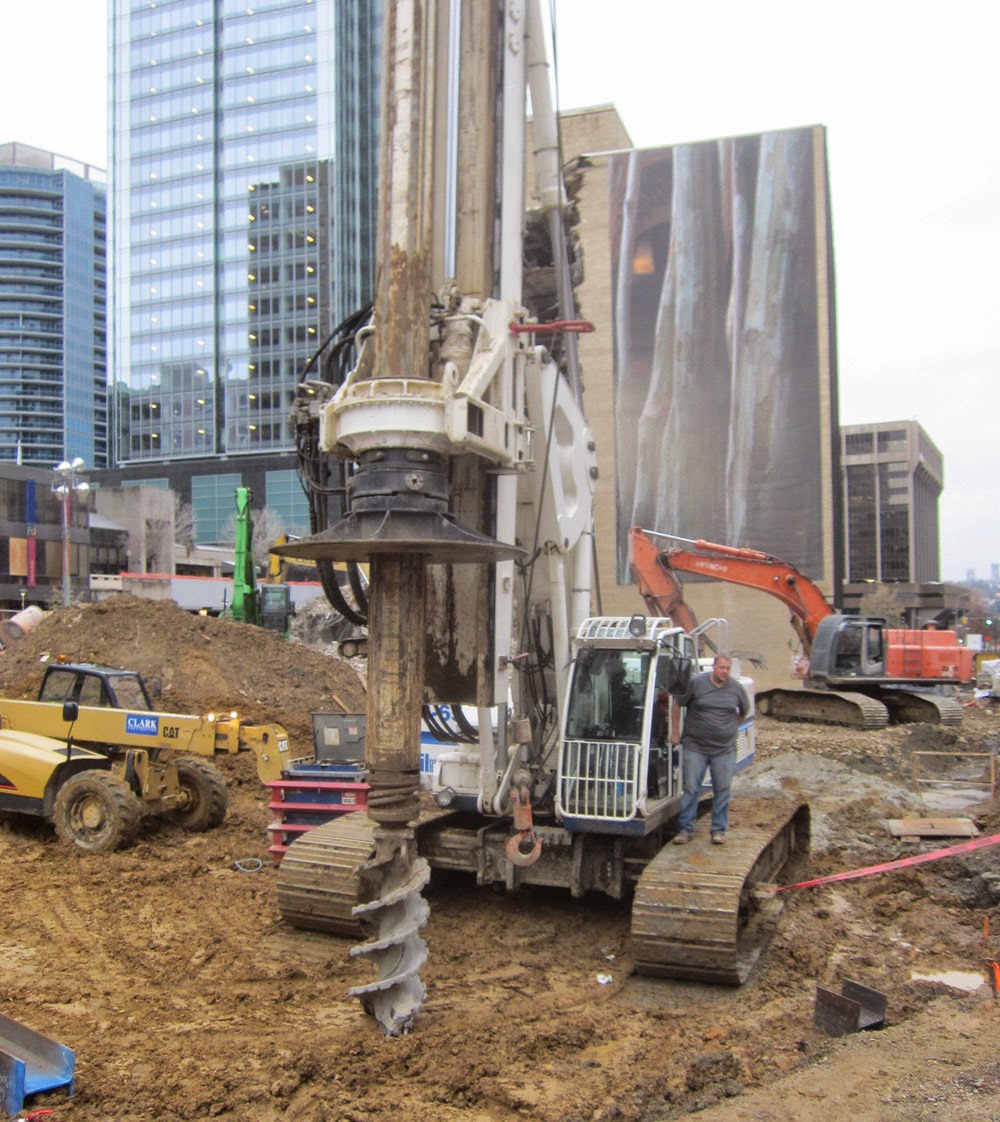 With that massive machinery, Rosslyn has been feeling the earth move. Demolition of the building in the background, which supported Rosslyn's famous crape myrtle mural, has been completed. Rosslyn is already feeling more vibrant and invigorated after that heavy work. Anticipation and excitement is now reaching a feverish pitch for the new erections coming to Rosslyn's Central Place.
Posted by Douglas Galbi at 11:47 PM

Oh my. I hope those workers are using adequate protection.