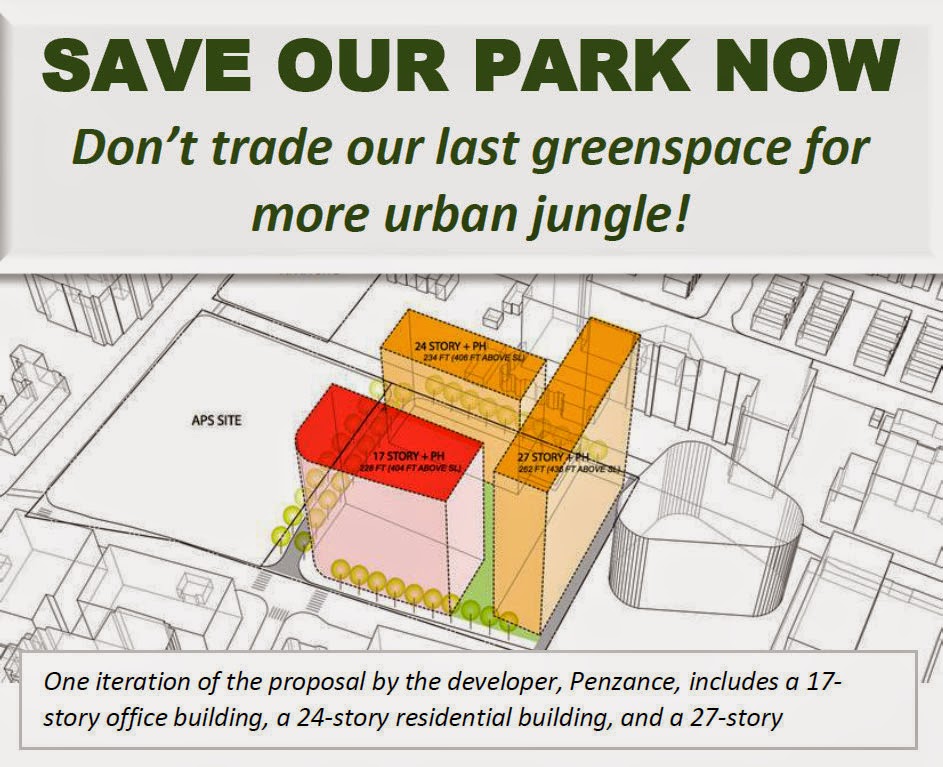 The friends have planned a celebration and rally at Rosslyn Highlands Park on Saturday, March 28, from 10am to noon (rain date April 4, same time).  The website also offers other opportunities for activism on this issue.

While the Ode Street Tribune is a staunch proponent of trees, green space, and the wild side of Rosslyn, the Tribune has concerns about an inappropriate narrow vision of Rosslyn. The very name Western Rosslyn Area Planning Study misrepresents the expansive boundaries of the Rosslyn region, properly and imaginatively understood. The Friends of Rosslyn Highlands Park similarly offers a narrow-minded vision of Rosslyn. Just consider this claim:


Rosslyn Highlands Park and the Wilson School play field are the last large contiguous tract of unimproved land in or near Rosslyn.

The Tribune's journalist knows larger and wilder Rosslyn wildlands. If you don't know those wildlands, you don't know what you're missing.
Posted by Douglas Galbi at 12:19 AM

Good point, we've got great National Parks near Rosslyn. But the Friends of Rosslyn Highlands Park are advocating for a neighborhood park where the public can run and play. National Parks don't allow ball sports. Great for walks, views and exploring; not great for footballs, Frisbees, and playgrounds.

National Parks are also a little far/disconnected. Consider letting older kids walk or ride bikes there on their own - Rosslyn Highlands is better suited for that than those hinterlands of Rosslyn; lovely they are though.