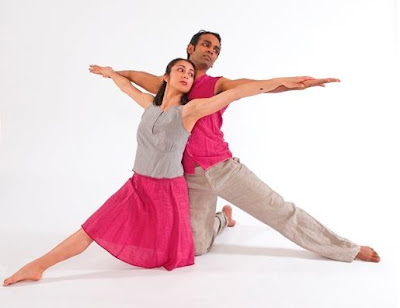 This coming weekend Artisphere will host spectacular fusion Indian dance performances and dance parties.  The dance performances are by Dakshina/Daniel Phoenix Singh Dance Company, a dance company that has been critically acclaimed locally and in showcase tours of India and Bangladesh. Here's the amazing description of the forthcoming show:


For the Artisphere engagement, the Company warms up with Singh's signature fusion work Vasanth, which depicts the Indian myth of how spring comes to earth--the work premiered to critical acclaim at Kennedy Center's Maximum India Festival. Since You've Asked is a tender duet for two men drawing on Singh's gestural, lyrical work. Other highlights include Eric Hampton's By the Light..., a gem of a dance depicting Hampton's struggle with Lou Gehrig's disease. Interestingly, Hampton chose the Moonlight Sonata for the score, which historians now agree was written during Beethoven's middle period when he had already begun losing his hearing. Whether by choice or by luck, the poignancy of a choreographer losing his ability to move and a musician losing his ability to hear are brought together in this gem of a dance. The evening will close with Ludovic Jolivet's whimsical and poignant work Voy Y Vengo. Jolivet is an Arlington based artist who creates works that connect modern dance and mime. In Voy Y Vengo, the dancers use office chairs as their props to explore the cycles of life.

Without a doubt, this is a must-go event.  All the dance performances will be followed by dance party hosted by the U.S. Department of Bhangra’s DJ Beta-G.  DJ Beta-G puts crowds in motion to the pungent rhythms of Punjabi dance music.

Posted by Douglas Galbi at 3:05 PM