"this snow will not stand" 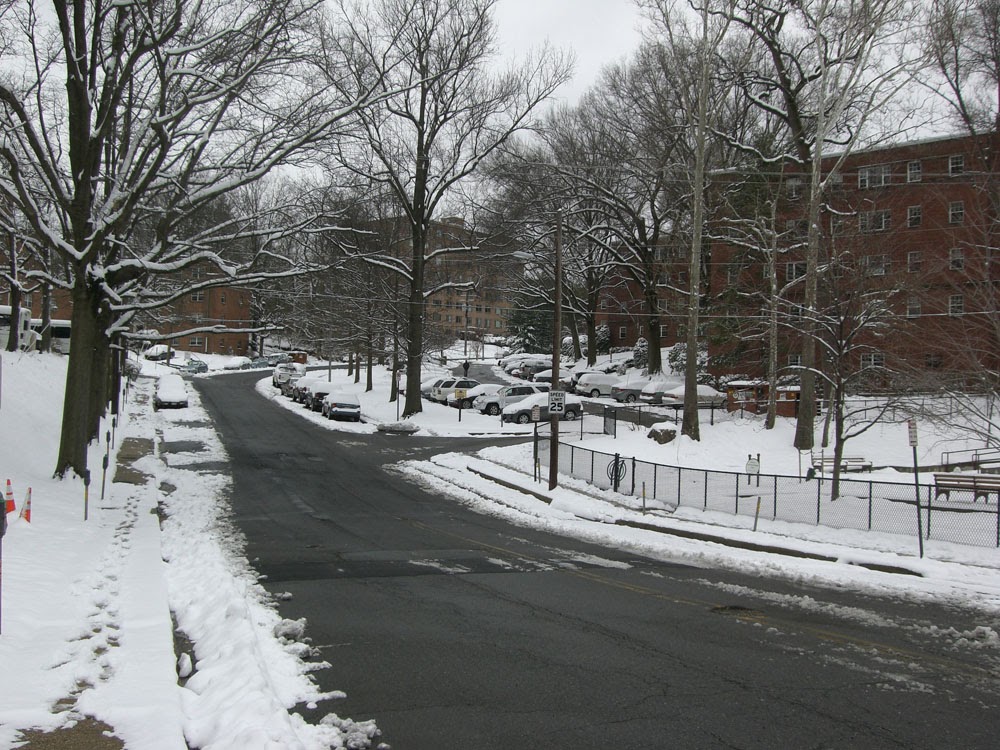 Rosslyn residents remained defiant after three inches of snow blanketed Rosslyn.  "I'm not getting out of bed until it goes away," said one Rosslyn resident from beneath a duvet.  If such protests spread more widely, the region could be paralyzed.

Some residents reported hearing protesters chanting "Make like a bear until the streets are bare!" They may have been in Rosslyn's Freedom Park.

"I want spring so much I can smell the cherry blossoms already," said another resident as she brushed the powdery snow off her car.  Her husband, watching her work, muttered, "This snow will not stand.  It makes no sense."

Amid the chaos and confusion, in season and out of season, you can count on the Ode Street Tribune to report the news on the ground in Rosslyn.
Posted by Douglas Galbi at 9:25 PM

You have shared a nice article here about the snow. Your article is very informative and I liked your way to express your views in this post. Thank you for sharing this article here. Snow removal for driveways Coquitlam

I really get some useful content from your article which you have shared here. It is a gainful article for everyone. Keep upgrading our knowledge by share these types of articles, Thank you. commercial snow removal vancouver