Ode Street in Rosslyn has three segments.  While they are in the north, middle, and south of Rosslyn, they are all called North Ode Street.  All the Ode Street segments are less than a quarter mile long.  Getting from one segment of Ode Street to another requires traveling on a number of other streets.  So persons on different segments of Ode could easily forget that are part of the same Ode. 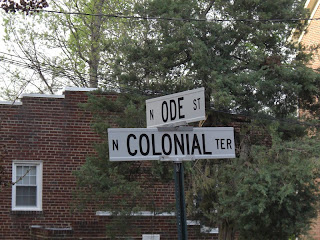 The Ode Street in mid-Rosslyn connects the Clarendon thoroughfare to Hillside Park.  It borders the site where the Rosslyn Place Apartment complex will be built once the economy picks up.  This Ode Street segment is only about a hundred yards long. 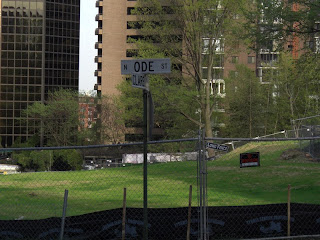 The Ode Street in South Rosslyn, home of Westmoreland Condominiums, is a dead-end south of Rt. 50.  It branches off from N. Fort Myer Dr. just before Fort Myer Market.  One side of this segment of Ode contains the entrance to a parking lot for the new Gables 12 Twenty-One apartments.  The Ode Street street sign on this segment of Ode has been removed, but residents continue to sing their street. 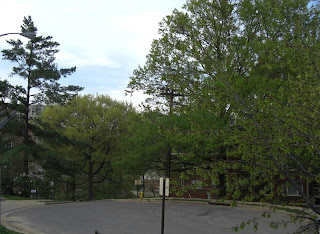 Posted by Douglas Galbi at 8:57 PM

Email ThisBlogThis!Share to TwitterShare to FacebookShare to Pinterest
Labels: Ode