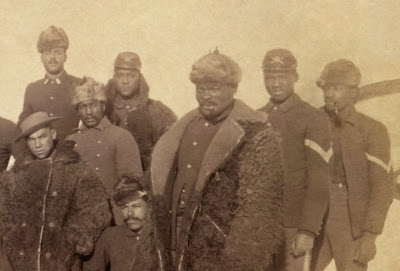 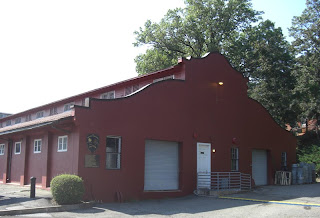 The Buffalo Soldiers' barracks signal their field of duty in the Southwest.  The top of the side wall of the barracks has a shape characteristic of the Spanish West. That Spanish-West style is not deeply integrated into the form of the whole building.  I speculate that the Buffalo Soldiers' themselves built this barracks and added that styling to a general-issue building design.

The U.S. military was desegregated only in 1949.  Institutionalized racism has endured even longer.  Buffalo Soldiers served valiantly a country that served them unjustly. 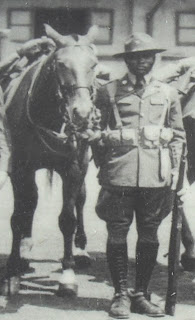