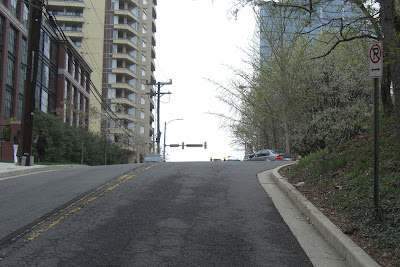 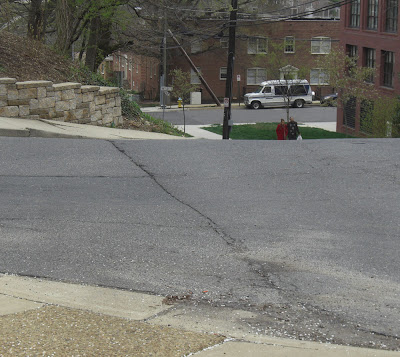 Possible remedial actions:
Given that $500,000 was spent on a Hillside Park renovation (the Ode Street Tribune's view on this renovation is well-known and unwavering), the existence of this dangerous intersection next to the Hillside Park entrance is particularly regrettable.  The Ode Street Tribune endorses remodeling the sidewalk intersection entry pads.  Pending that improvement, the Tribune suggests avoiding the intersection.
Posted by Douglas Galbi at 4:13 PM

Where the fuck is this intersection?