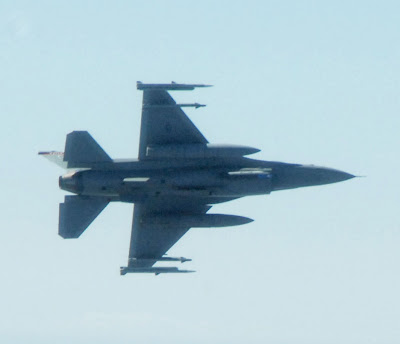 The North American Aerospace Defense Command (NORAD) will be conducting training flights between 11:30pm tonight (Monday) to 5:30am tomorrow (Tuesday) to support the defense of the Washington, DC area.  Air Force F-16s and a U.S. Coast Guard HH-65 Dolphin helicopter that will participate in the training exercise.  They are likely to create some extra aircraft noise.  If thunderstorms inhibit the planned training, it will be moved forward to Tuesday.