model for Rosslyn pedestrian bridge to the river 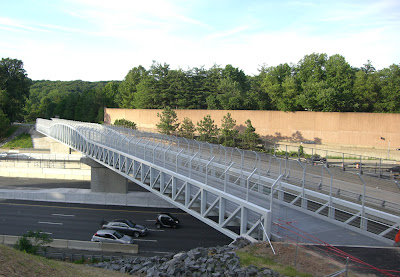 Congressman Jim Moran helped to secure funding for the Wolftrap pedestrian bridge.  Local officials in Fairfax County developed plans for the bridge and better pedestrian facilities in the area.  Local pedestrian and bicycle advocates strongly supported the project.   A pedestrian bridge is even more important for Rosslyn than for Wolf Trap.  Look for ways to push forward a Rosslyn pedestrian bridge to the river! 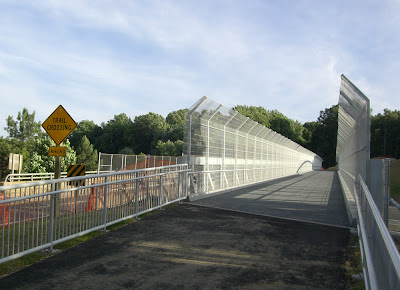