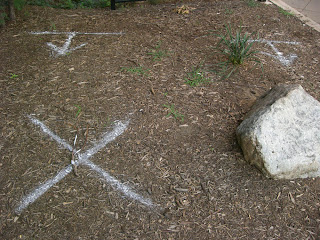 Construction further up the streets looks like the installation of an underground power line.  The area outside the lower entrance to Hillside Park may get dug up.
Posted by Douglas Galbi at 2:33 PM