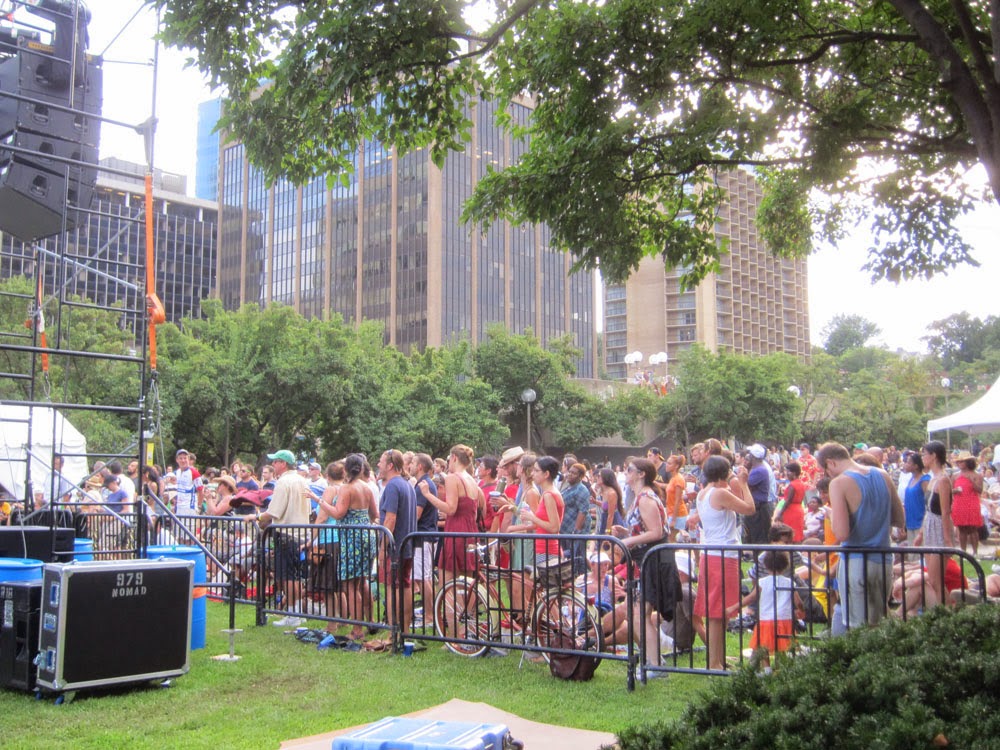 Rosslyn's legendary jazz festival drew a huge crowd to the green urban oasis of Gateway Park in Rosslyn this past Saturday.  A fierce thunderstorm held off until 7:30pm out of respect for the importance of the event.  The top-of-the-bill group Rebirth Brass Band, which came to Rosslyn from New Orleans, put on an energetic performance on a hot, hot day. The title cut from the group's new album, Move Your Body, brought tears to the eyes of the Ode Street Tribune's journalist as he recalled not moving his body fast enough as the Tribune's Managing Editor came after him. But the matter has been painfully settled.  As long as the journalist remains employed at the Tribune, he will work on Mondays. 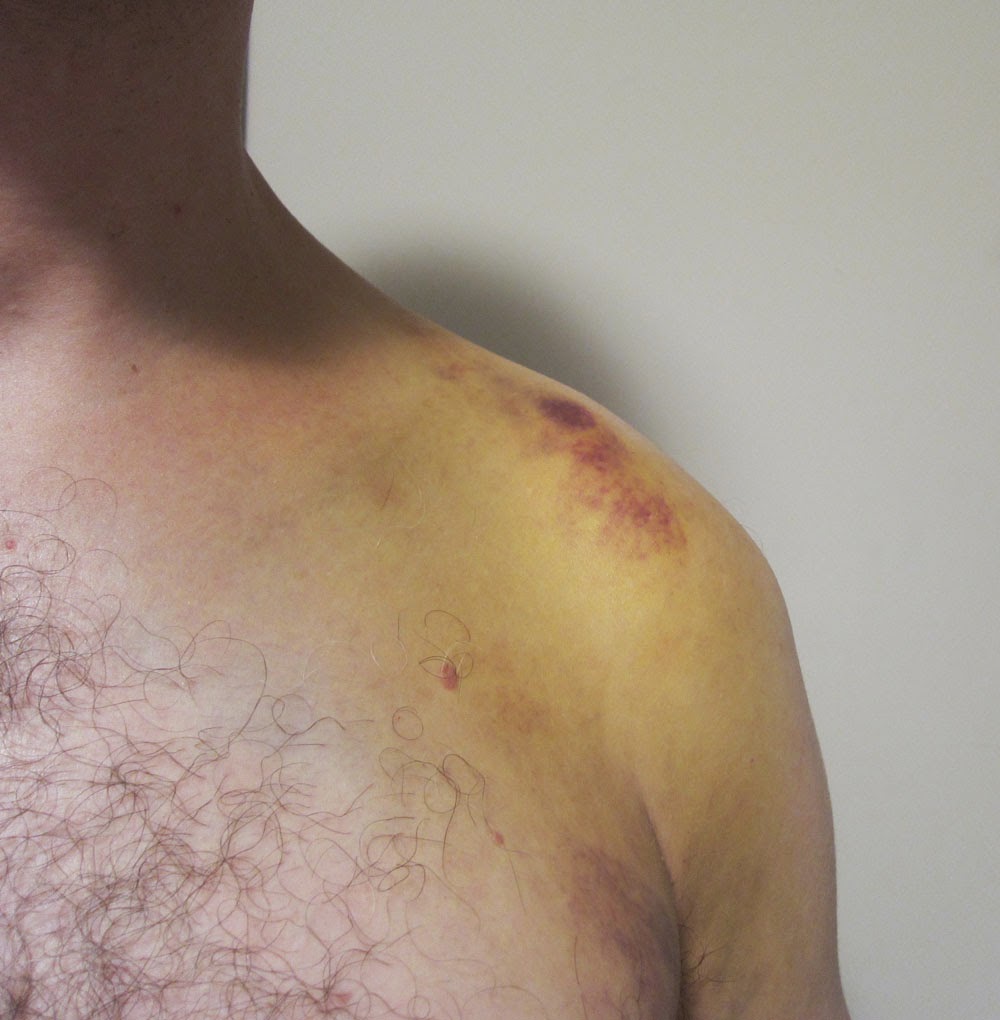 Posted by Douglas Galbi at 9:58 PM

I agree. While the Ode Street Tribune was founded in the rough-and-tumble era of ink-stained journalism, there's no excuse for thuggishness.

While the editor seems to agree that thuggishness has no place in modern Rosslyn, the editor gives no indication that he realize that thuggishness is the last step in a process or attitude. Disagreements always will occur. Debts between parties come into existence. The issues is how are the debts are settled. The modern civilized way to settle debts is electronically with modern bill pay systems. Old fashion manual techniques for settling debts, such as writing checks, inevitably lead to problems such as the misuse of those numbers on the bottom of each check. I say it is time for the editor of the Ode Street Tribune to go modern and use electronic bill payment to settle debts, not old fashion techniques like manual checks.

I think the reporter is making false accusations. His injuries look suspiciously like one that might be sustained in, say, a cyclocross race or miscalculating a curb-hop on a bicycle.

An investigation is called for.