Two double-decker bikes were among the crowd of bikes parked outside the Rosslyn dome for the Phoenix Bikes' benefit. Inside were many cool bikes, including a Calfee bamboo tandem. The benefit celebrated extraordinary cyclists such as Sami. Arlington County Board Chairman Barbara Favola, speaking at the event, described Phoenix Bikes as one of the most worthy charitable causes in Arlington. 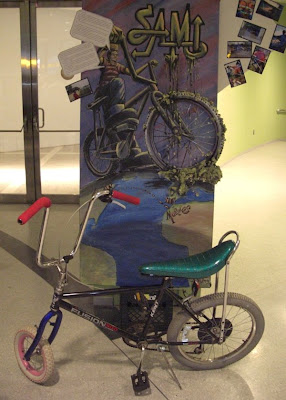