photograph of Rosslyn in the early 1860s 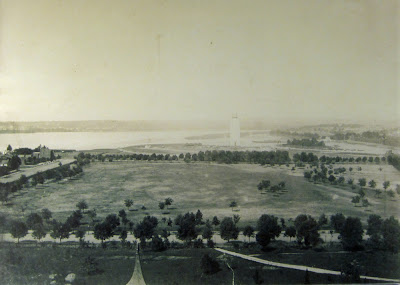 The above photograph of Rosslyn was taken in the early 1860s from east of Rosslyn, about where the Smithsonian Castle is located.  The lighthouse near the middle of the photo is about where the Washington Monument now stands.  Rosslyn then was the most notable spot is what is today Arlington County.  While the landscape has changed greatly, the importance of Rosslyn remains.

Just in case the author wasn't aware of this, the place east of Rosslyn is called Washington, D.C. I realize that it is easy to forget other locations that exist in Rosslyn's shadow.

You shouldn't even comment on this blog if you don't keep up with it. As proven by a previous commenter, Rosslyn doesn't exist