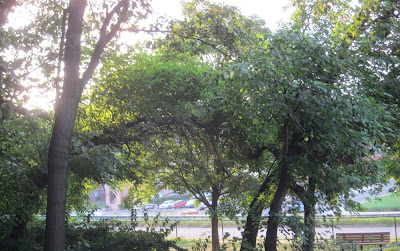 About five months ago, four queer trees in Ft. Myers Heights Park were officially condemned to death.  Ever vigilant local media alerted Rosslyn residents of this outrage.  Democratic mobilization seems to have succeeded in staving off the tree executions.  Stay alert, stay vigilant, and stay informed to prevent screaming chainsaws of injustice.

About twenty yards away is a sobering sight along the Arlington Boulevard sidewalk.  A tree stump and missing limbs testify to a recent attack on trees.  The rationale for the attack seems to have been that the trees were close to a telephone line.  The Ode Street Tribune believes that any problem could have been resolved non-violently, or at least with lesser loss of limbs. 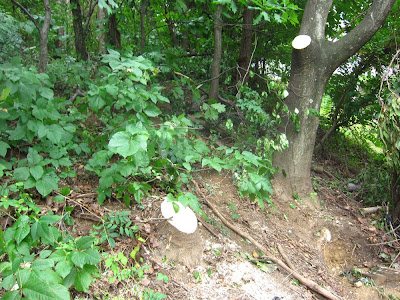