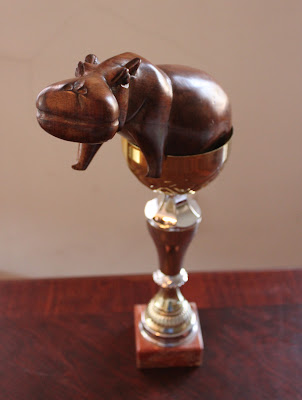 At its annual year-end award ceremony, the American Academy of Local News Arts and Sciences has awarded three of its prestigious Putzer Prizes to the Ode Street Tribune.  The Putzer for Local Investigative Reporting went to the Tribune for its investigation of the 2010 Marine Corps Marathon.  The Tribune thanks the Marine Corps Marathon for organizing this marathon in Rosslyn.  Our work would not have been possible without this great event.  The Putzer for Explanatory Historical Reporting went to the Tribune for its report on black heritage about Rosslyn.  Tribune staff have been deeply inspired by the life of Mamie Bell Mackley Brown.  The Tribune's record-breaking third Putzer was for Reporting that Serves Women.  The Tribune won this award for its reports on pole renovations and crane photos.  The Tribune cherishes its many and devoted women readers.  But it hopes to serve not just women, but every person in the neighborhood.
Posted by Douglas Galbi at 1:29 PM

Email ThisBlogThis!Share to TwitterShare to FacebookShare to Pinterest
Labels: awards