with proper care, Artisphere will grow

Over the past year, Artisphere exhibitions such as Hamtdaa: Together and Dance: Films have highlighted Arlington residents doing art of world-wide significance. Artisphere has hosted the Arlington side of an international artist exchange with Aachen, Germany.   Artisphere has displayed a community quilt, highly accessible art,  and wonderful objects for curious exploration.  While Rosslyn already has a vital position in the greater Washington DC area, new development in downtown Rosslyn will make Rosslyn an even greater destination in the future.  Artisphere should be an important and distinctive part of Rosslyn's future as the gateway to Arlington. 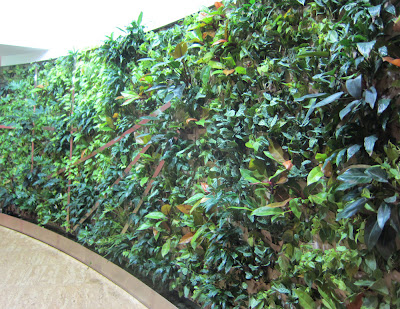 Unfortunately, Artisphere continues to suffer from lack of recognition and lack of appreciation.  At a recent Arlington County Board meeting, County Manager Barbara Donnellan put forward a new business plan for Artisphere.  This business plan includes $2.67 million in County funding for Artisphere in Fiscal Year 2012, and projected funding of $1.58 million in Fiscal Year 2013.  At the same time, Artisphere is immediately scaling back some aspects of its operations.  Starting Dec. 12, Artisphere will be closed to the public on Mondays and Tuesdays.  Here, the cafe and bar in Artisphere, is closing as of Nov. 30.

Artisphere's struggles are due in part to the Ode Street Tribune's failings.  The Tribune has managed to attract only the most sophisticated, cultured, and discerning residents of the greater Rosslyn area.  Others have not been adequately informed about Artisphere's attractions.  The Tribune, whose revenue has remained rock steady since its founding, resolutely refuses to change to attract the uninformed masses.  Artisphere will have to rely on its own new initiatives to reach a broader audience.
Posted by Douglas Galbi at 10:14 PM

i thought the Ode St Tribune was an Artisphere exhibit.