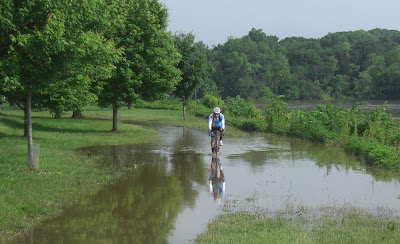 A short section on the Mt. Vernon trail between Roosevelt Bridge and Memorial Bridge near Rosslyn was heavily flooded this past Friday morning.  A cyclist sporting the fashionable kit of local bike racing team Squadra Coppi rode right through the water.  Other cyclists detoured around on a dirt path.  One of the detouring cyclists, inspired by a Bike to Work Day stunt show, attempted to ride up a short, bumpy dirt incline on the detour.  He was riding a fixed gear bike with 700x23cm tires inflated to 95 psi.   He received a serious, but not life-threatening injury in that ill-advised stunt attempt. 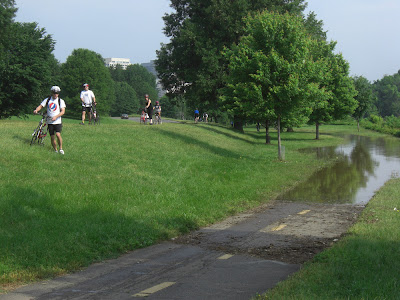 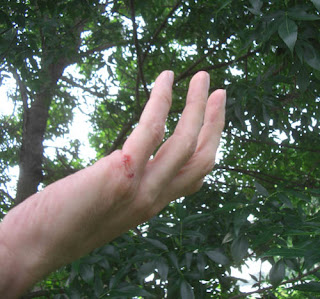 Posted by Douglas Galbi at 9:38 PM