"she led us to greatness"

A huge crowd gathered at Artisphere tonight to celebrate the work of recently retired Rosslyn BID Executive Director Cecilia Cassidy.  She was the founding director of Rosslyn Renaissance in 1992, and then went on to lead the Rosslyn BID from its founding in 2003 to September of this year.   Current Rosslyn BID President Peter Greenwald declared, "She led us to greatness."  As well-informed persons know, that's true.  The envious director of the Georgetown BID (Georgetown is just across the river from Rosslyn) added that now everyone knows where Rosslyn is. 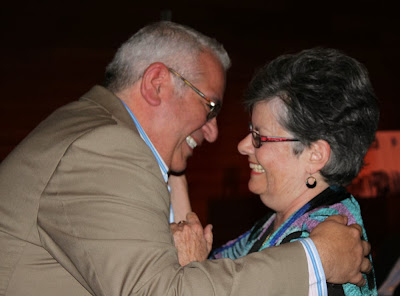 Rosslyn Renaissance began with a starting budget of $116,000.  Of that sum, reportedly only $100 was available to Cassidy as the Executive Director.  This year the Rosslyn BID's budget is $4 million.  That funds a variety of projects to make Rosslyn a better place to live and work.  Those projects include street beautification, street ambassadors, homeless services, and blockbuster cultural events like the Rosslyn Jazz festival and the upcoming free family fun day at Artisphere. 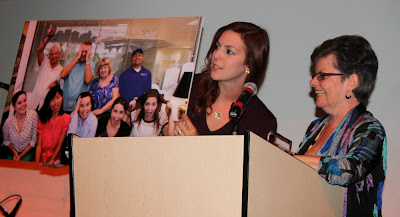 Speakers heaped praise on Cassidy's contribution to Rosslyn.  County Board member Jay Fisette noted that Cassidy was a leader in advocating for smart, good development.  She also made Rosslyn a premier place for public amenities.  She help lead the development of Artisphere and has pushed hard to get the Central Place observation deck, sure to become a magnet for visitors to the greater Rosslyn capital area.  She also put in place Rosslyn BID's charter commitment to homeless services, including a homeless outreach program and collaboration with A-SPAN. 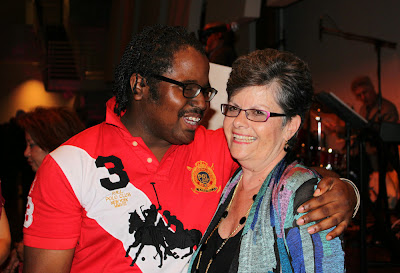 The affection of the Rosslyn BID staff for their former leader was obvious.  Leading to greatness includes treating workers well.
Posted by Douglas Galbi at 10:01 PM