be careful of black ice after snow storm 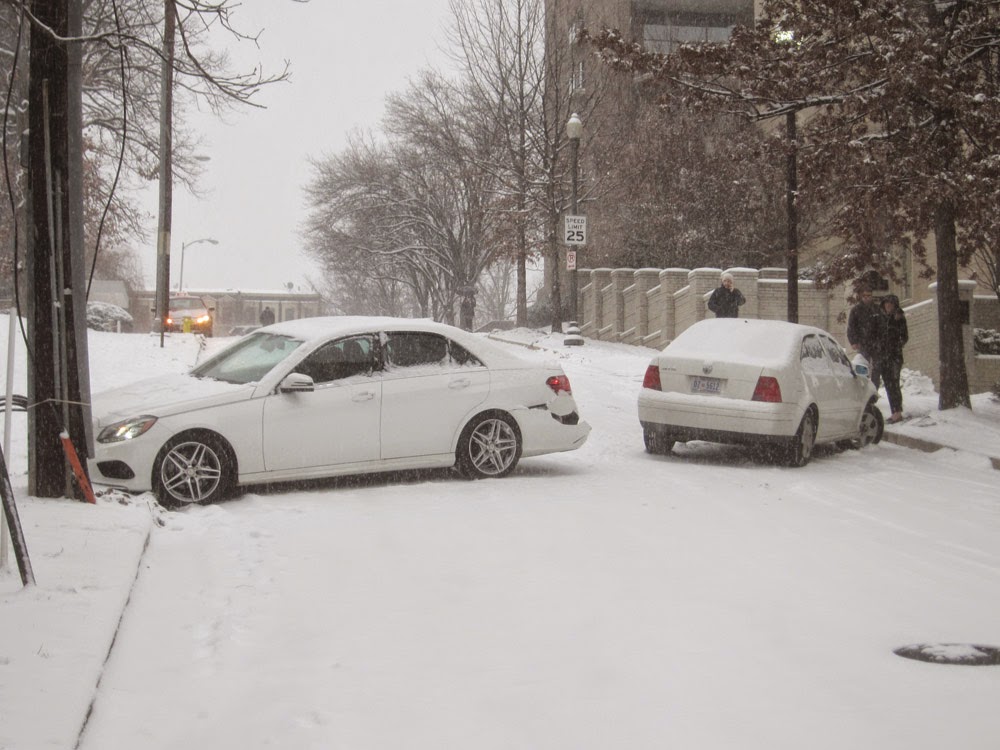 Efforts to support traffic on the key Virginia-Rosslyn-Washington multi-user expressway were impressive. The section from the northern gate of Rosslyn's Arlington National Cemetery around to the main gate was treated with de-icing solution on Monday afternoon. A number of cyclists braved the trail Tuesday morning. By Tuesday afternoon it was fully plowed.

The most significant hazard now for anyone going outside is black ice. Black ice is particularly likely to lurk in parking lots. Be careful walking across parking lots and getting into cars. One slip could cause you a long period of pain.
Posted by Douglas Galbi at 9:34 AM

I think you have good knowledge. The article you have posted is a really significant and factual article and also everyone wants to read about it. Thankful to you for sharing an article like this.snow and ice removal vancouver