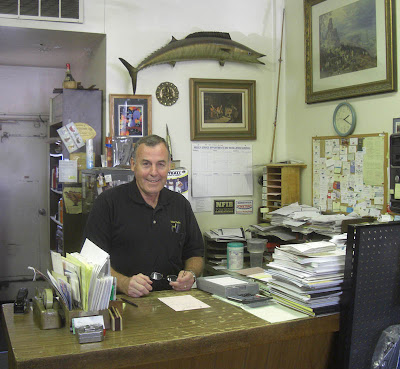 Dabney has some important connections to the Radnor/Ft. Meyer Heights neighborhood in Rosslyn.  As a young man, Dabney was a regular at the neighborhood's Quarterdeck Restaurant, which thankfully remains open.  Dabney remembers occasions when he met there Redskins fullback John Riggins and track superstar Carl Lewis. More importantly, Dabney played on trophy-winning Quarterdeck softball teams.  He was, in short, a local athletic legend.

The Ode Street Tribune's corporate headquarters recently purchased a new refrigerator from Glebe Radio & Appliances.  The refrigerator was on sale for a good price, and it was delivered and installed promptly and professionally.  This new refrigerator will help to keep the Tribune's vegetables fresh so that its reporters can deliver you crisp reporting.