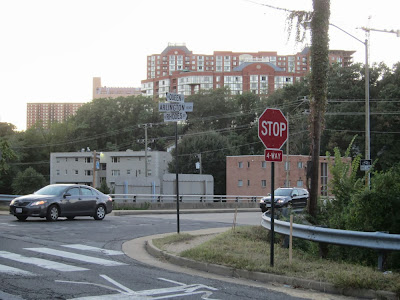 The temporary stoplight that was installed at the corner of the small Arlington Blvd and N. Meade St. is gone.  The stoplight increased the safety of the intersection when it was active.  It was bizarrely active early Sunday morning, but not late Friday night.  As soon as Arlington County can secure five to six million dollars for the Meade St. Bridge renovation, a stoplight will be permanently installed at that corner.